Galerie Nathalie Obadia is delighted to present Modern Royals, Valérie Belin's fifth solo exhibition at the gallery. The new series, after which the exhibition is titled, is shown in its entirety at the new 91 rue du Faubourg St Honoré location. With its very painterly feel, it is presented as a group of "tableaux" based on the theme of the vanities.

This new corpus comprises eleven portraits of women, fictional characters who are nevertheless designated by their first names, posing seated on a sofa. The title of this series suggests that the figures might be celebrities or "wordly women," meant as illustrations for a romance novel. Each portrait represents a different personality, played in the studio by the same female model, whose looks vary from one picture to the next, depending on her appearance (dress, hairdo, jewelry worn in a conspicuous way), and also on her pose and attitude. Paradoxically, this imbues the portraits with a mixed impression of strange singularity and similarity. 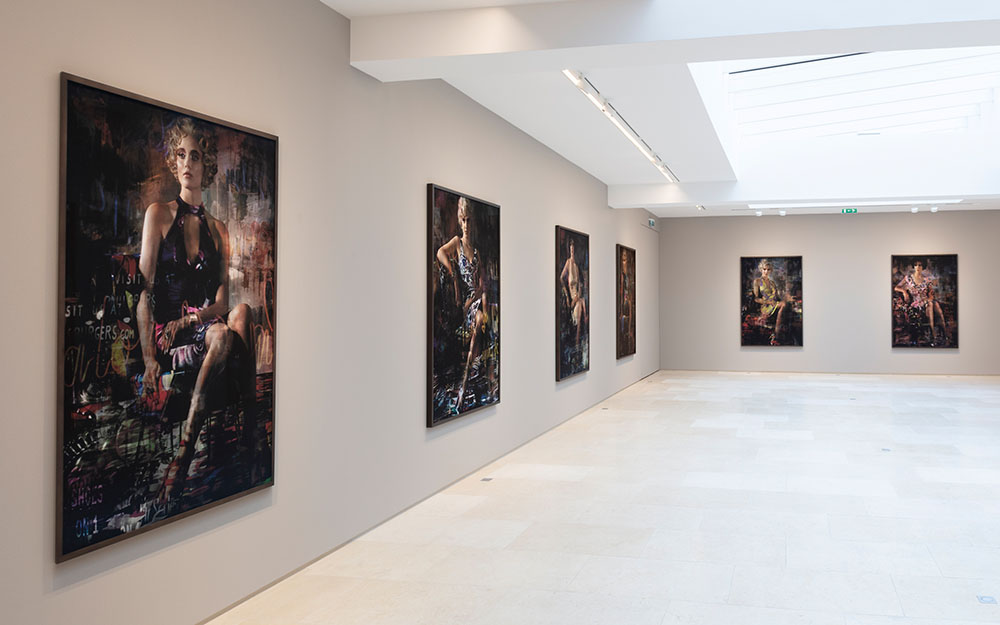 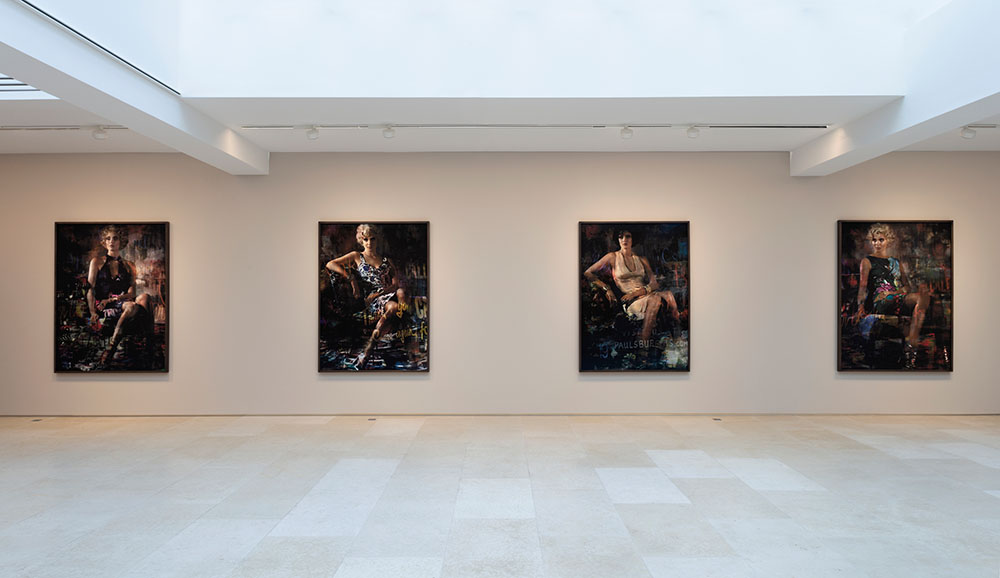 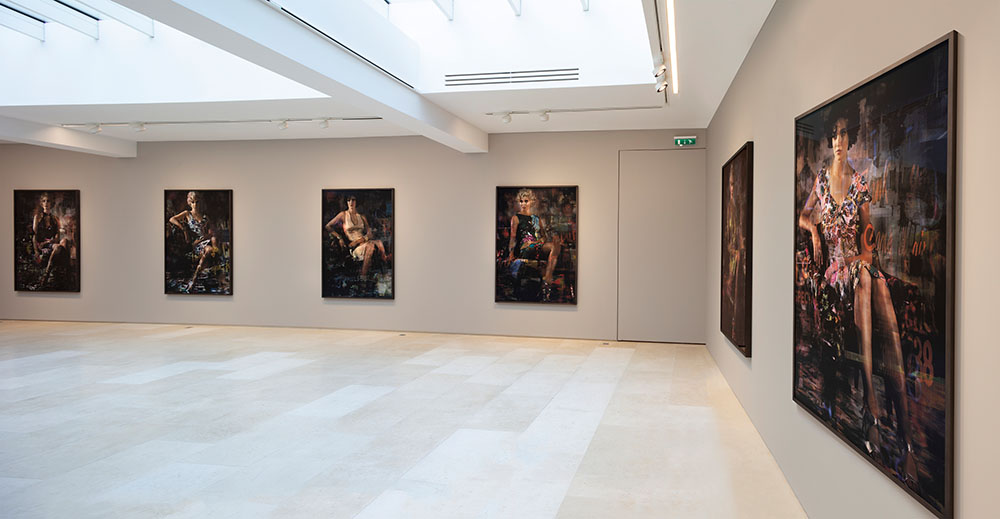 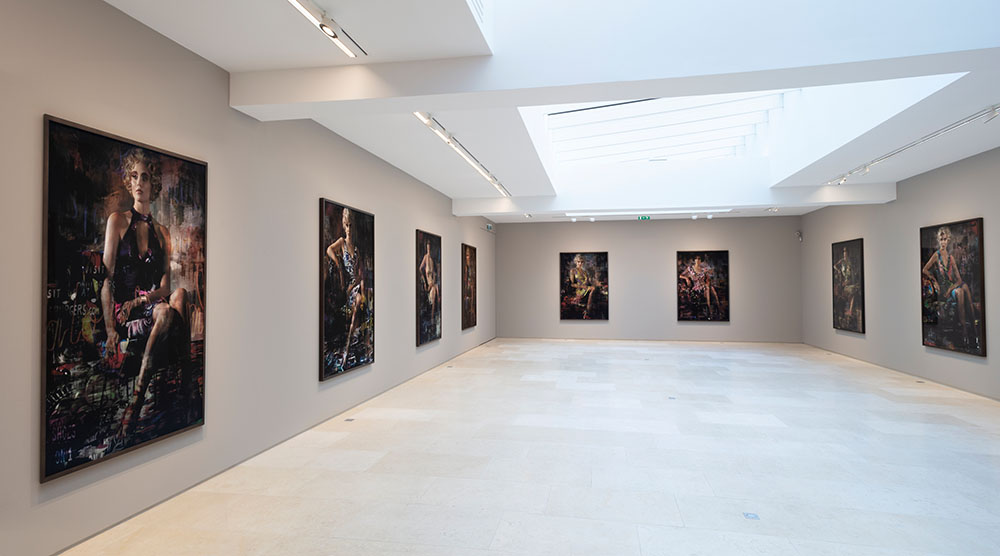